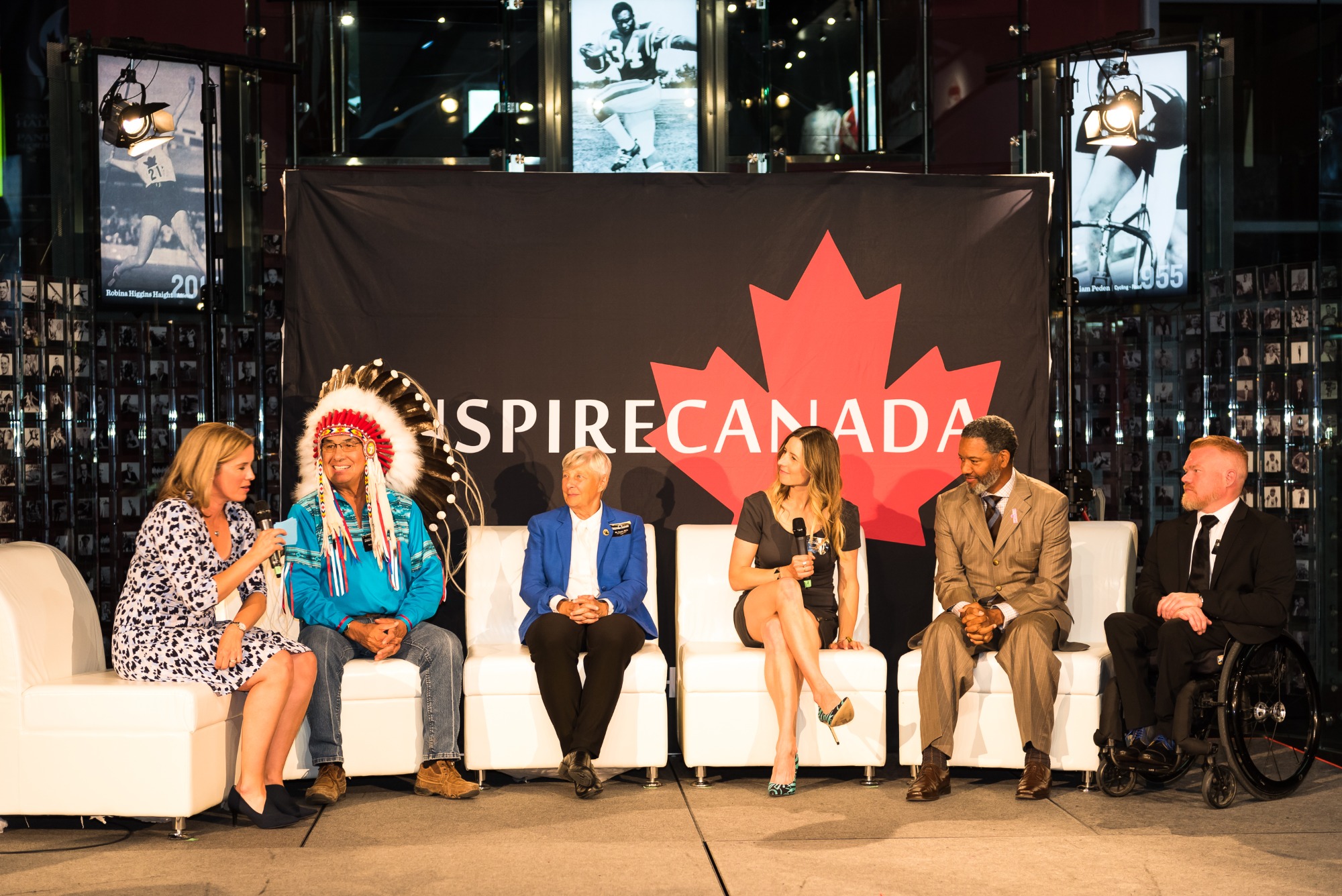 The Class of 2018 Inductees are in Calgary for the first time and were able to see the Canada’s Sports Hall of Fame facility where their legacy will live on for generations to come. An exhibit featuring the Inductees will be opened in their honour following their official induction on Thursday, October 18, 2018 in Toronto. Induction into Canada’s Sports Hall of Fame is one of Canada’s highest sporting honours.

2018 marks the second year of Canada’s Sports Hall of Fame’s, #InspireCanada campaign, aimed at encouraging young women in sports. 70% of girls quit sport by the age of 13.  Proceeds from the #INSPIRECANADA Gala will be used to help create more awareness of this national issue by allowing us to engage girls to tell their stories of why sport is so important. Stephanie Dixon, Honoured Member and Paralympic Swimmer spoke to students this morning from St. Joan of Arc School in Calgary, on the importance of dedication in sports and the values they instill.

We unveiled the cover of our 7th children’s book created in partnership with Literacy for Life and Schlumberger Canada. This book features the stories of our Class of 2018 Inductees along with a short novel written by Alberta author, Sigmund Brouwer. The book will be distributed to 10,000 youth who visit Canada’s Sports Hall of Fame in the upcoming year in hopes of inspiring them to be the best they can be in sport, school, work, and life.