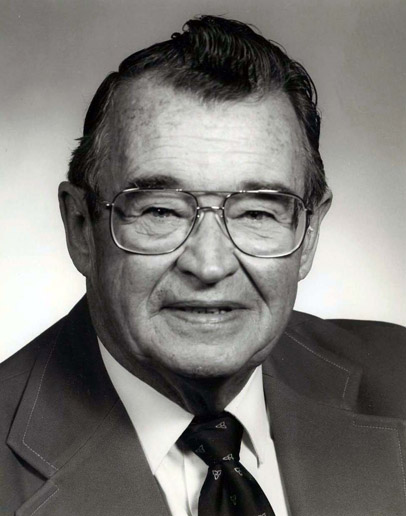 Bob Secord, also known as "Mr. Sport and Recreation," was instrumental in the development and success of amateur sports and recreation programs in Ontario and across the nation throughout the latter half of the 20th century. After graduating from the University of Toronto in 1948, Secord began his career as a sports and recreation administrator in the cities of Brantford and Mimico. In 1951, he was hired by the province of Ontario and, for ten years, was responsible for the development of sport and recreation programs in several western Ontario counties. In 1961, he was promoted to a supervisory position with the ministry. Through numerous shifts of the Sport and Recreation portfolio, Secord helped shape the structure of Ontario's athletic programs and was continuously involved in directing government aid for the development of both mass participation and high performance athletic activities. Under his auspices, the Sports Federation of Ontario was formed along with the Ontario Sports Centre. He also had a hand in the creation of the National Coaching Certification Program and helped to develop the present programs of financial support for provincial sport governing bodies. In 1971, Secord played a key role in the establishment of the Ontario Games. A strong advocate for participation in sport for people of all abilities, Secord also aided in the creation of the Ontario Games for the physically disabled, the Ontario Seniors Games, and the Special Olympics Program. In addition, he was instrumental in the growth and success of the Canada Games since their inauguration in 1967. Secord was founding chairman of the Interprovincial Sport and Recreational Council and was on the board of the Canadian Olympic Association. His talents were so in demand that in October 1975, he was loaned to the Canadian Olympic Association for a year to develop and direct its support program for Canada's athletes participating in the 1976 Olympic Games. This support program greatly aided Canada's Olympians, many of whom would not have been able to compete without it. Bruce Kidd, former track star and recent sport equity activist, told the Toronto Sun: "Before the 1976 Olympics many athletes talked about quitting. Secord changed their minds by helping them financially and convincing them how important they were to Canada's sports prestige." In 1980, Secord was appointed Assistant Deputy Minister of Sport and Recreation for the province of Ontario, a prestigious post that allowed him to effectively continue his dedicated efforts in making sports and recreational activities accessible to all. By the time he retired in 1989, Secord had earned a reputation throughout the athletic community as the most effective and approachable sports advocate in the civil service. For his significant contribution to the development of Ontario community programming and Canadian sport, Secord was made an Honourary Life Member of Sport Ontario, the Society of Directors of Municipal Recreation in Ontario, the Ontario Municipal Recreation Association, the Ontario Recreation Society, and the Parks and Recreation Federation of Ontario. In 1988, the Canadian Parks and Recreation Association granted him a citation for outstanding achievement, and in 1993 he was elected an honourary member of the Canadian Olympic Association.