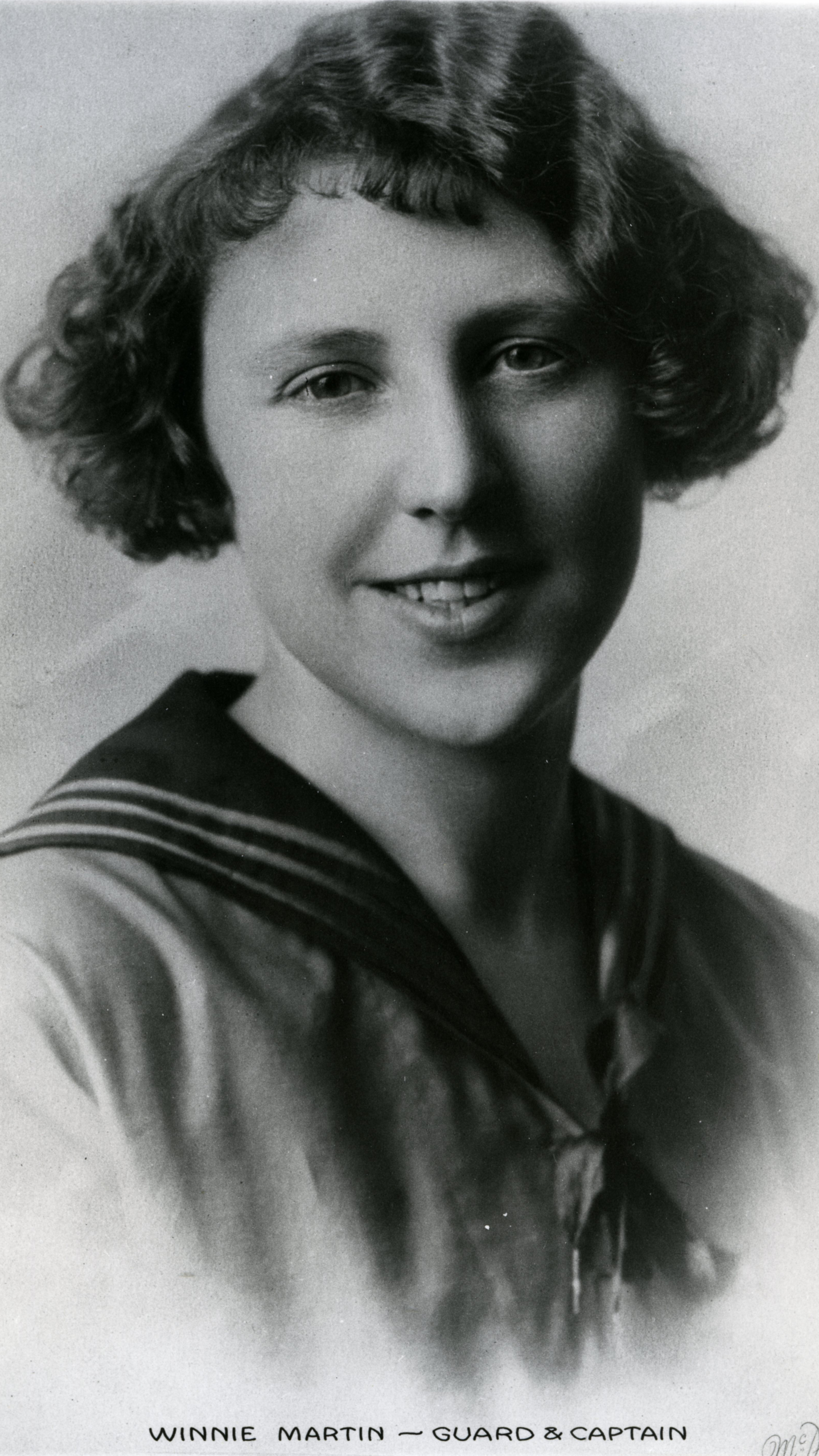 Winnie Gallen Reid played for the Edmonton Grads from 1936-1937 and again in 1939-1940; she was one of the most talented and versatile athletes ever to play on the team.  She spent two years on the Gradettes, the Grads’ feeder team, before moving up to the main team where she played until they disbanded in 1940.