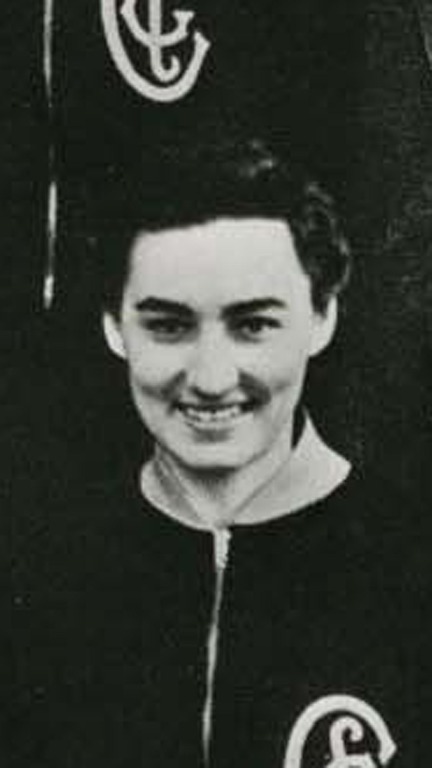 Helen Northup Alexander played for the Edmonton Gradss from 1934-1940; usually the smallest player on the court at 5’2”, Alexander made up for her height with her speed, accuracy, ball-handling skills, and deadly shot. Her shooting abilities helped her average 9.7 points per game.