Along with wife, Marg, built Spruce Meadows outside Calgary 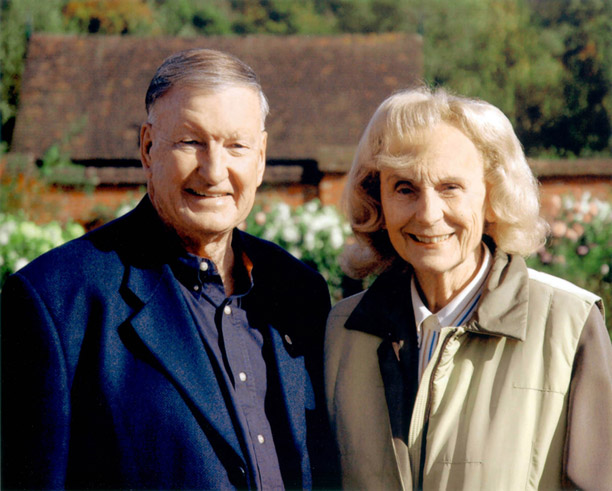 In the early 1970s, the husband and wife team of Ron and Marg Southern began creating one of the world's most renowned equestrian tournament and training facilities, transforming open pasture lands into a venue that today is revered for its quality, atmosphere and standards. It quickly became the most important show-jumping competition and training facility in Canada and has since gained a world wide reputation. Long-time residents of Calgary, the Southerns transformed a tired cattle feed lot into an equestrian complex that originally had three grass jumping rings, a stable, and a riding hall. Construction began in 1973, and two years Spruce Meadows was ready to welcome the world. To that end, the Southerns met with officials from the Federation Equestre Internationale (FEI), the world's governing body for equestrian sports, and applied for permission to host a CSIO Nations' Cup team event. So impressed was the FEI by the inaugural Spruce Meadows application that the Southerns were approved to host North America's first and only outdoor Nations' Cup Today, Spruce Meadows is home to six outdoor grass jumping arenas, the most significant of which is the famed Spruce Meadows International Ring which is recognized as the most renowned, challenging and potentially rewarding show-jumping stadium in the world. Spruce Meadows hosts the world leading Masters Tournament every September in addition to four other major international tournaments sanctioned by the FEI. For four consecutive years Spruce Meadows has been named the top show-jumping venue in the world be the FEI. In the early years the Southerns had no idea of the heights to which Spruce Meadows would rise. They built the facility for everyone, hoping to provide integrity and accessibility to the sport of show jumping and to the world of the horse. They created Spruce Meadows based on the tradition of the equestrian sports and a simple recipe of hard work, good friendship, good commerce and good sport. But for all this, Ron Southern's fondest memory of Spruce Meadows was in 1990 when Queen Elizabeth II entered the Spruce Meadows International Ring in a horse drawn carriage to a thunderous welcome from the capacity crowd, with his wife Marg by her side acting as Lady in Waiting. The first of many royal visits to follow was a sign Spruce Meadows ... "an unlikely facility in an unlikely place" ... had arrived on the world sport stage.