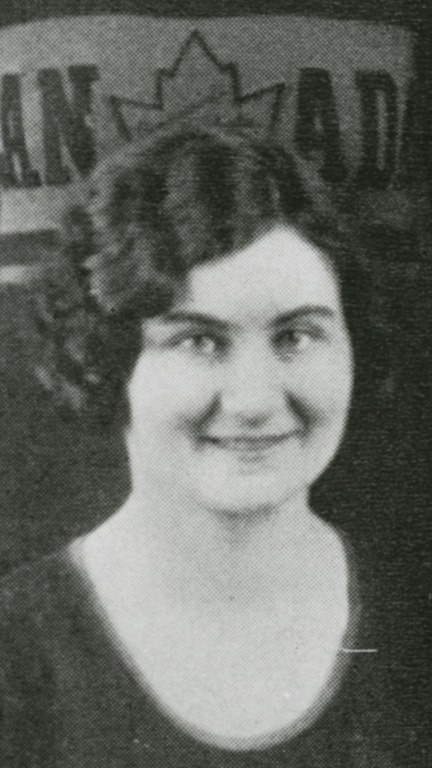 Mae Brown Webb played for the Edmonton Grads from 1927-1929; she brought determination and energy to the Grads as a utility player, someone who was comfortable at either forward or guard.