The Order of Sport, Canada’s highest sporting honour is a National Level Award established by Canada’s Sports Hall of Fame, a Nationally Accredited Sports Museum in Calgary, Alberta, Canada. The award supports the organization's statement of purpose, to Build Canada through Sport and its mandate to raise the profile, visibility, and stature of Canadian sports champions, enabling them to return value to their communities as Canada’s Sport + Spirit Champions.

Canada’s Sports Hall of Fame created the Order of Sport award to modernize recognition and reflect the growing cultural significance of sport to Canadians; one that connects Canada’s greatest sports champions to the greater good.

Click here for more info about the class of 2019 inductees

The Order of Sport, established in 2019, is a formal acknowledgement that Canada’s shared values are sports shared values; respect, equality, fairness and openness, and that sport is a strong backbone for building diversity, inclusion and accessibility in Canadian communities.

What distinguishes Canada’s Sports Hall of Fame’s recognition program from other sports awards or hall of fame organizations is its consideration of any person’s significant contributions to sport in Canada irrespective of the type of sport or game, with whom the sport or game is accredited, or with whom or how it is organized within Canada or Internationally.

All sports competitors (athletes) and those who support sport (builders) who have helped build Canada through sport, Canadian or otherwise, amateur or professional, are eligible for nomination by the public for Induction into Canada’s Sports Hall of Fame and awarded the Order of Sport, Canada’s highest sporting honour.

A full description of eligibility, nominations, and selection process can be found here.

THE ORDER OF SPORT SYMBOL

The Order of Sport marque adopts an abstract maple leaf symbol based upon the identity developed for the 1967 Canadian Centennial by Stuart Ash which describes a country composed of different but equal parts. The adaptation by designer Greg Durrell proposes an expanded purpose for sport, beyond sports’ traditional boundaries defined by podiums, playing fields, rinks and medals, to create a broader impact for sport at the community level. Hence the design extends the border of the original abstract maple leaf to represent sport’s broader and open-ended social purpose to Canada. 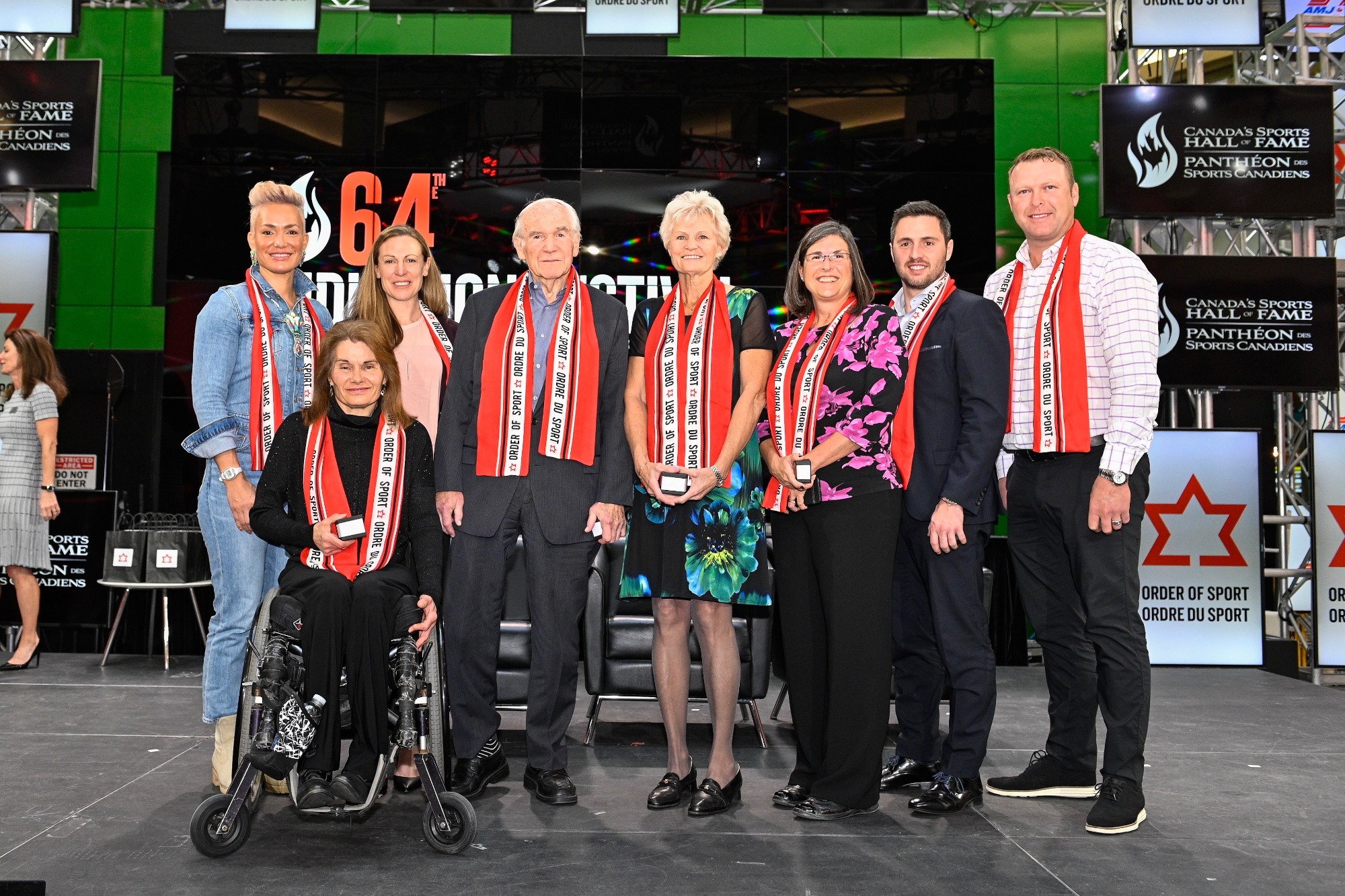