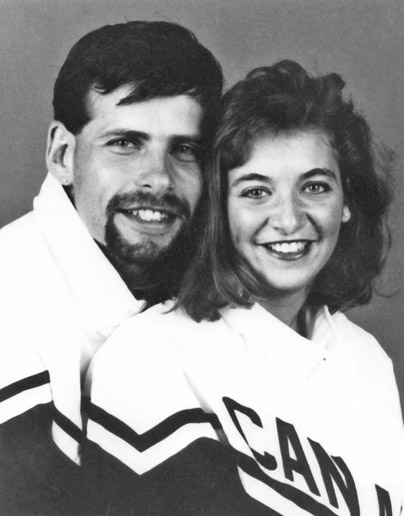 The success of a pairs figure skating team is built on much more than just athletic ability. Much like a marriage, it is built on trust, friendship, and communication. Isabelle Brasseur and Lloyd Eisler were skating partners, best friends, and champions. They stuck by each other through the highs and lows along the arduous path to world figure skating glory. Lloyd Eisler went through three partners before finding his match in Brasseur, a young but promising skater from Quebec. In 1987, they began a partnership that lasted 17 years. The pair used their tremendous height difference to their advantage, the five-foot-eleven Eisler effortlessly lifting and tossing the five-foot Brasseur across the ice. Together they won five national senior pairs titles between 1989 and 1994 as well as two Olympic bronze medals in 1992 and 1994. Despite the tough competition, numerous injuries, and a death in the Brasseur family, Brasseur and Eisler couldn't be kept off the podium at the World Figure Skating Championships. They claimed three silver medals--in 1990, 1991, and 1994--a bronze medal in 1992 and a gold medal in 1993. For their outstanding achievements, Brasseur and Eisler were awarded Meritorious Service Medals by the Governor General in 1995.